The following is a post from Thom Hartman's blog today.

Ever since the Reagan revolution, right wing billionaires have been pouring money into Red states to cement Republican control. Their big issue is how much they hate "socialism" including things like Medicaid, free college, and food and housing supports. Red states are heavily subsidized by federal 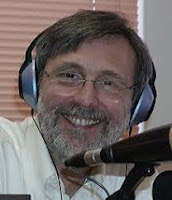 tax money taken from Blue states. These Republicans have been arguing against the federal income tax for years, along with opposing food stamps, housing support, aid to education, etc. They also say that "states rights" mean that they should be able to prevent women from getting abortions and allow discrimination against LGBTQ people, women, and racial minorities.

I say, "Let's give them what they want." Let's end the federal income tax, and let the federal government pay for the army with tariffs like they did from the founding of the republic until World War I. Then transfer all the "welfare" programs to the states, where the Blue states on the West Coast and East Coast and a few in-between can form a single giant coalition that provides single payer healthcare, high-quality primary and college education, and food and shelter as rights.

At the same time, the Red states can try their Libertarian example and show us what billionaire rule combined with extreme poverty looks like.