Westhaven residents and Westhaven CSD customers the Westhaven CSD has a big leak that we have been working very hard to find since Saturday May 16th. We have had all our water staff as well as neighboring utilities helping to look for this leak.

We have issued a Boil Water Notice out of caution since customers may have experienced a change in/or loss of pressure. This means you should only drink Boiled tap water or bottled drinking water during this temporary period. Customers will be notified when we return to normal operations. 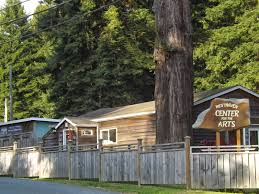 Customers may Email the District at wcsd@suddenlinkmail.com for a copy of this notice.

We are getting multiple emergency water truck deliveries to try and ensure that we do not run out of water. As part of this we ask that all customer's hold off on laundry and irrigation and any nonessential water usage. We hope to make it through this time with as little as possible interruption. If you notice a leak or experience a pressure drop/ change or outage you can call the office at 707-677-0798 and speak with Paul Rosenblatt General Manager.

Starting Monday we will be systematically shutting off parts of the system to figure out where or leak is so that we can expedite the repair process. We will try and keep these periods of no water to as short a time as possible however they may be some extended time periods.  Thank you all very much for your patience and support. 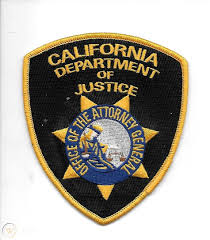 testing of sexual assault evidence. A total of $2 million is available to facilitate the grant program.

“Justice delayed is justice denied. That should never haunt a survivor of sexual violence,” said Attorney General Becerra. “This grant will help our law enforcement partners across the state secure resources they need to submit sexual assault evidence for testing. We all have to work together to get this done, to bring justice to victims of sexual assault. I encourage leaders across the state to join us in this effort by applying now for this grant.”

Additional information on application requirements and eligibility criteria is available at: https://oag.ca.gov/saesg.
Posted by Tom Sebourn at 1:14 PM 2 comments:


SACRAMENTO – California Attorney General Xavier Becerra today joined a coalition of 24 attorneys general in a letter calling on Congress to reauthorize the Violence Against Women Act (VAWA) to help ensure support for programs and legislation that aim to combat and prevent domestic and sexual violence. Attorney General Becerra previously joined a coalition of 55 attorneys general in calling on Congress to reauthorize VAWA in 2018. The programs supported through VAWA include training and assistance to address and reduce domestic violence, dating violence, sexual assault, and stalking, along with resources and services to assist survivors and hold offenders accountable.

“There’s no place for violence against women anywhere,” said Attorney General Becerra. “Reauthorization of the Violence Against Women Act is long overdue. Alongside partners across the country, we urge Congress to get this done. At the California Department of Justice, we’ll continue to do our part to support survivors of domestic and sexual violence, and prevent and respond to crimes against women.”

The passage of VAWA in 1994 was an acknowledgement of the insidious epidemic of violence against women in every community across the country. VAWA has provided critical programs and financial support to women in need, but the crisis remains far from solved. In the letter, the coalition 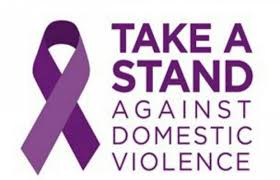 notes that, each month, an average of 52 women are shot and killed by an intimate partner and that homicide is the most common cause of death for pregnant women. VAWA was most recently reauthorized in 2013, but expired more than a year ago. The U.S. House of Representatives passed the Violence Against Women Reauthorization Act of 2019 (H.R. 1585) with bipartisan support on April 4, 2019. The bill has not yet received consideration in the Senate. The rapid spread of COVID-19 in communities across the country makes passage of this legislation all the more urgent. While social distancing is crucial to slowing the spread of COVID-19, stay-at-home measures may pose additional challenges or dangers to people experiencing domestic violence.

In addition to reauthorizing VAWA, H.R. 1585 strengthens protections for vulnerable members of our communities. H.R. 1585:

Enhances protections for Native American and Alaska Native women, by expanding the jurisdiction of tribal courts to include cases where non-Native men abuse Native women;
Codifies important protections for transgender people, including by requiring case-by-case housing placement decisions following incarceration that are not solely based on a person’s anatomy or gender assigned at birth; and
Closes the “Boyfriend Loophole,” which could save lives by expanding certain federal domestic violence provisions that bar possession of a firearm to include dating partners — instead of just spouses.
During COVID-19, Attorney General Becerra remains committed to protecting the people of California. Earlier this month, the Attorney General shared resources to help combat intimate partner violence. He issued a consumer alert on evictions to provide tenants with critical information to preserve their rights. He called on the federal government to instate a special enrollment period on HealthCare.Gov to help people access healthcare coverage. He urged Amazon and Whole Foods to step up worker protections by providing paid sick leave that is consistent with guidelines issued by the U.S. Centers for Disease Control and Prevention. And, he called on the federal government to cut red tape and increase access to reproductive telehealth care. For the latest on COVID-19 preparedness, please visit https://covid19.ca.gov/.

A copy of the letter can be found HERE.
Posted by Tom Sebourn at 2:28 PM 1 comment: