This is from ProPublica
As Oregon Gov. Kate Brown crafted a bill in 2018 to enact sweeping limits on greenhouse gas emissions, leaders at an obscure state agency worked behind the scenes to discredit research they feared would persuade her to target one of the state’s most powerful industries. 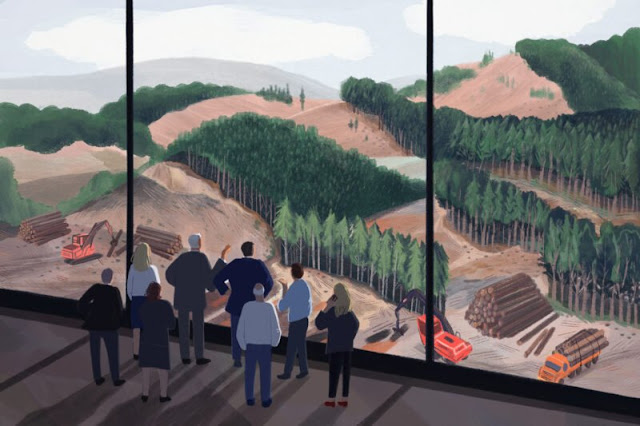 The research, published that March, calculated for the first time how much carbon was lost to the atmosphere as a result of cutting trees in Oregon. It concluded that logging, once thought to have no negative effect on global warming, was among the state’s biggest climate polluters.
Read much more at the link below.
https://www.propublica.org/article/what-happened-when-a-public-institute-became-a-de-facto-lobbying-arm-of-the-timber-industry
Posted by Tom Sebourn at 3:00 PM