SACRAMENTO – California Attorney General Xavier Becerra today secured a court decision blocking the Trump Administration’s efforts to implement a rule that would have undermined the rights of more than half a million healthcare workers in California’s In-Home Supportive Services (IHSS) Medicaid program, and several hundred thousand more workers nationwide. In California, these workers have the right to collectively bargain for better wages, benefits, and training, which results in a more stable, quality IHSS program for beneficiaries. The court held that the rule would have unlawfully created barriers for states to deduct employee benefits and union dues from workers’ paychecks, a practice which makes it easier for workers to stand up together for their workplace rights and to provide quality home- and community-based care to those in need. The court found that the Trump Administration’s rule was illegally promulgated and vacated it. 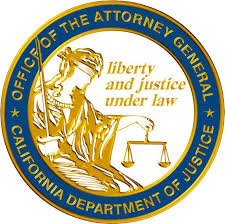 “When the President attacks unionized healthcare workers, he puts the care of hundreds of thousands of vulnerable Californians at risk. Now more than ever, our healthcare workers are heroes serving on the front lines of the pandemic, and should be applauded for their work,” said Attorney General Becerra. “Fortunately, the court saw through the administration’s faulty posturing and sent them packing. This ruling is a victory for our state and for the collective bargaining rights of homecare workers who play a vital role in our healthcare system. Together, we’ll continue to stand up for workers every step of the way.”

In the nearly 30 years since California permitted collective bargaining for IHSS workers, elderly and disabled Californians have benefitted from a higher-quality, better-trained IHSS provider workforce with lower turnover. On May 13, 2019, Attorney General Becerra led a multistate lawsuit against the Trump Administration’s efforts to reinterpret Medicaid state payment requirements and undermine California’s healthcare policies. Under California law, Medicaid in-home workers who are hired by seniors and individuals with disabilities to provide personal care services, such as bathing, feeding, dressing, and transportation, are authorized to collectively bargain. The federal rule would have interfered with the states’ ability to deduct payments for worker benefits obtained through collective bargaining, like healthcare coverage or voluntary union dues, from homecare workers’ paychecks. This would have disrupted well-established collective bargaining relationships authorized for decades by state labor laws and put at risk the care of the more than 600,000 seniors and people with disabilities who receive assistance from the IHSS program in California.

Attorney General Becerra is committed to safeguarding the rights of California’s workers. In 2018, Attorney General Becerra filed a comment letter raising significant concerns with HHS’ proposal on Medicaid in-home workers. Earlier this week, he urged the California Occupational Safety and Health Standards Board to adopt an emergency temporary standard aimed at protecting workers across the state from exposure to COVID-19. In light of COVID-19, Attorney General Becerra called on Amazon and Whole Foods to step up efforts to protect workers by providing adequate paid sick leave. He also slammed the President’s reckless executive order forcing meat and poultry processing plant employees to work without adequate protections during the current public health crisis. Earlier this year, the Attorney General secured a settlement preventing Burger King, Popeyes, and Tim Hortons from using “no-poach” provisions in franchise contracts, which make it more difficult for workers to seek better pay and benefits at competing franchises. Last year, Attorney General Becerra reached an unprecedented settlement to resolve allegations that Sutter Health’s anticompetitive practices led to higher healthcare costs for patients in Northern California compared to other places in the state.

Attorney General Becerra was joined in the case by the attorneys general of Connecticut, Illinois, Massachusetts, Oregon, and Washington.

A copy of the decision is available here.