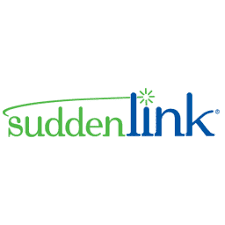 "We understand that an agreement has been reached between Cox Media Group and Altice that will again allow for retransmission of Cox Media Group (CMG) owned stations KIEM (NBC) and KVIQ (CBS) over the cable systems in Humboldt County (Eureka DMA) as well as five other markets and eight other TV stations across the nation. Altice owns the cable system operating as Suddenlink that provides TV, internet and telephone service in the Cities of Eureka, Arcata, Fortuna, Ferndale, Blue Lake and Trinidad as well as areas of Humboldt County from Scotia to Big Lagoon.

"Humboldt County sent a strong letter to our Congressional delegation calling for policy changes that would return jurisdiction to local governments.  The letter also called for the Federal Communications Commission (FCC) to reconvene a Localism Task Force to consider the harms of media consolidation and lack of  local accountability in the information ecosystem. At the State Legislature, Access Humboldt is calling for an audit of cable TV and local broadcasters performance during the pandemic - for the purpose of finding solutions to close the digital divide.  Our goal is univeral access to open secure networks that meet local needs and interests - esp:  public health and safety; education; economic and community development; culture and arts; and civic engagement.

"On behallf of our local governments, Access Humboldt will continue to seek ways to avoid such a problem in the future. And we will also ask both Suddenlink (Altice) and  Cox Media Group's stations KIEM (NBC) and KVIQ (CBS) to be accountable to our local community as much as possible."

On a related note, today Access Humboldt joined with national groups in asking that President Biden quickly name a fifth FCC Commissioner to fill the agency  for the work ahead.  The Federal Communications Commission (FCC) has jurisdiction over broadcast TV and cable TV, and much harm has occured through that agency during the past four years.  The FCC bears responsibility for the policy failures we see across our media and broadband internet landscape.

Finally - we ask our State Legislature to reform the failed regulatory regime under the Digital Infrastructure and Video Competition Act, which eviscerated local jurisdictions' authority to negotiate with absentee owners of critical communications infrastructure.