Dr. Shirley Weber Becomes the First Black Woman to Serve as Secretary of State in California

“Today, California made history and helped move our country forward with the appointment of Dr. Shirley Weber as Secretary of State. As the first-ever Black woman to serve as California’s Secretary of State, Dr. Weber continuously demonstrates what it means to lead with a moral conscience. 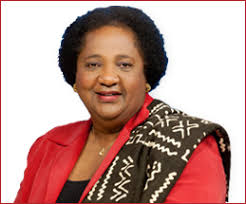 In her own words, Dr. Weber stated, ‘As I tell people how ironic it is that a girl whose father could not vote, whose grandparents never had a chance to vote - is now responsible for 40 million Californians and their right to vote’.

The California Democratic Party is proud of this historical day as we look forward to working with California Secretary of State Dr. Shirley Weber.”