LOS ANGELES – California Attorney General Rob Bonta today formally launched new regional Human Trafficking and Sexual Predator Apprehension Teams (HT/SPAT) within the California Department of Justice and is encouraging law enforcement partners in the state to reach out to the new program. Progressively stepping up their efforts since last year, the teams — one covering Northern California and another covering Southern California — are now nearly fully staffed and have already taken action across the state to support law enforcement partners in disrupting and dismantling human trafficking and the criminal exploitation of children. Attorney General Bonta today also issued an information bulletin to local authorities to provide guidance on key techniques meant to help reduce harm in law enforcement interactions with sexually exploited youth. In addition, the Attorney General today highlighted new funds included in the proposed state budget aimed at combatting the effects of the pandemic on human trafficking and directly supporting survivors across California through $30 million in new grants over the next 3 years. The new proposed funds are in addition to $10 million per year in grants already included in the budget. 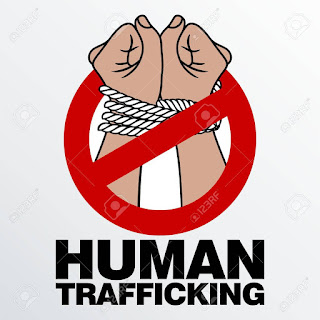 “Plain and simple: Human trafficking is a modern-day form of slavery. Whether it’s forced labor or commercial sexual exploitation of children, there is no place for these kinds of crimes in California or anywhere,” said Attorney General Bonta. “Unfortunately, the pandemic has only served to exacerbate many of the underlying risks that lead to human trafficking in our state. We all have to work together across every level of government and society to help bring human trafficking to an end. That’s why I’m proud to formally launch our human trafficking teams at the California Department of Justice. I urge our partners across the state to reach out whenever they are in need of assistance. No one agency can do it all alone — and we need more than arrests to have a real, lasting impact on survivors, particularly children. That's what makes these new grants in the proposed budget and our law enforcement bulletin so important. It will take hard work, patience, and understanding to secure justice and, ultimately, to bring healing. I’m confident that with the tools being shared today, together we can help make a difference for our people and for our state.”

“It has been more than 150 years since slavery was abolished and yet modern-day slavery still exists in our backyard,” said Assemblymember Miguel Santiago. “It’s our responsibility to do everything in our power to abolish this horrid crime and help survivors recover. A historic state investment of $60 million over the next three years coupled with the Attorney General’s statewide efforts will provide survivors much needed services such as housing, food, legal representation, and emergency response that could prove life-saving. This is only the start and it will take a village to eradicate one of the biggest human rights challenges of our time.”

Human trafficking is a modern-day form of slavery where perpetrators profit from the control and exploitation of men, women, and children for sex or labor through force, fraud, or coercion. According to the National Human Trafficking Hotline, there were more than 1,500 human trafficking cases reported in California in 2019 — more than any other state in the nation. In California, human trafficking has been most prevalent in urban areas and, according to the Federal Bureau of Investigation, three of the top child prostitution regions nationwide are in the Los Angeles, San Diego, and San Francisco metropolitan areas. Among other industries, victims of human trafficking can also be found among migrant and seasonal agricultural workers, providers of residential care, and in California’s garment sector. Despite these ongoing concerns, California has historically lacked a statewide, collaborative approach to human trafficking enforcement.

However, as a result of a new infusion of funds to the California Department of Justice starting in fiscal year 2019-20, HT/SPAT has begun to directly step up engagement with federal, state, and local law enforcement partners in efforts to help address the epidemic of human trafficking in California through a more comprehensive and collaborative statewide response. The new regional teams are in addition to the California Department of Justice’s existing work as a lead agency in the San Diego Human Trafficking Task Force. The HT/SPAT program is committed to using a victim-centered approach to aggressively investigate and identify forced labor and sexual exploitation for profit or gain by human traffickers and sexual predators. The program also works to monitor and ensure compliance with California’s laws among registered sex offenders, largely focusing on those who have been identified as “Well Above Average Risk Offenders” in the California Sex Offender Registry. These individuals generally have a higher predicted rate of recidivism within the first five years of release from custody. Overall, there are 13 special agents and two crime analysts in the HT/SPAT program, all are new positions dedicated to directly tackling and assisting in efforts to eradicate human trafficking in the state.

The Attorney General encourages law enforcement partners across the state to reach out to the new HT/SPAT program for assistance on human trafficking matters, particularly those that may be complex or impact multiple jurisdictions. To date, many agencies have already done so and HT/SPAT has taken action in nearly all phases of enforcement efforts, including through:

The development of dozens of investigative leads, conducting suspect and survivor interviews in conjunction with law enforcement partners;

Outreach to non-profit organizations that provide services to survivors; and

Assisting in and directly securing arrests related to human trafficking and other violations of California’s laws.

In addition to the California Department of Justice’s ongoing efforts to directly combat human trafficking in the state, Attorney General Bonta is today issuing guidance to help law enforcement protect commercially sexually exploited children from further harm. Commercial sexual exploitation of youth is defined as a commercial sex act where anything of value is given, including the provision of food, shelter, or payment, in exchange for the performance of a sexual act. Both girls and boys can be impacted and are subject to many of the same risk factors.

Over the past decade, there has been a growing awareness and shift in understanding regarding sexually exploited youth in California and around the country. As a result, the California Legislature has enacted a number of state laws that aim to ensure youth are not criminalized as a result of being commercially sexually exploited. For instance, Senate Bill 1322 of 2016 made laws that criminalize soliciting or engaging in prostitution inapplicable to anyone under 18 years of age, fundamentally changing aspects of the relationship between youth and law enforcement. However, legislation alone does not ensure youth in such circumstances are able to meaningfully engage with law enforcement to extricate themselves from abusive situations or assist in the investigation and prosecution of exploiters. Ultimately, more restorative-focused actions often depend on building trust and long-term relationships. While a number of law enforcement agencies may have significant experience and expertise in working with commercially sexually exploited youth in such a manner, this is not always the case for law enforcement agencies across the state and a harm reduction approach ultimately requires patience, consistency, and a recognition that lasting change will take time.

In today’s bulletin, drawing on the expertise of the Department's Bureau of Children's Justice, the Attorney General urges law enforcement agencies to use a harm reduction framework and offers a wide-range of specific key strategies and approaches to help protect sexually exploited youth, including, among other things, to:

Remember that trauma impacts the ability of youth to recall information, creating the potential for there to be gaps in their stories or have details presented in a non-linear fashion;

Allow time for youth engaging with law enforcement to decompress, giving them space to clear their heads or use the restroom;

Clearly establish the purpose of the interaction, reminding youth that they are not in trouble or under arrest;

Review and update as needed a safety plan for youth regarding what to do should they feel in danger or receive threats;

Take steps to remain engaged and stay in contact with youth if possible, even if they go missing from foster care or other placements;

Maintain communication with the youth’s support systems, including social workers or caregivers;

Determine the best and safest way to maintain contact, particularly if texts or phone calls make the youth feel unsafe; and

Take steps to protect youth from being required to publicly provide testimony due to the sensitive nature of their cases and their juvenile status.

Lastly, pending approval by the Governor, the proposed budget contains a major new investment in direct services for survivors of human trafficking in the form of grants to be administered by the California Governor's Office of Emergency Services. These new grants are sorely needed as a result of the pandemic's impacts on many of the underlying risk factors that lead to human trafficking in California, including job loss among vulnerable populations, reported increases in online grooming, and limitations on the ability of victims to seek assistance in person. During COVID-19, service organizations across California have reported significant upticks in calls to their hotlines and in demand for assistance. The Attorney General is a fierce champion for making these kinds of grants available and supported calls by advocates to ratchet up investments into direct services for survivors. The grants included in the current proposed budget will help local entities support survivors through $30 million in new funding over the next 3 years. If approved, these funds will be part of the state's multi-tiered strategy to help protect and support Californians impacted by human trafficking.

Separately, the California Department of Justice also provides and maintains on its website human trafficking notices that certain businesses are required to post by law in order to inform the public and help ensure potential victims of trafficking are aware of resources available to them in California. These notices are available for use to all members of the public. Up-to-date digital copies of the notices are available for free in two dozen languages on the Attorney General’s website here: https://oag.ca.gov/human-trafficking/model-notice.

General information about the HT/SPAT program is available on the Attorney General’s website here: https://oag.ca.gov/bi/htspat. A copy of the information bulletin issued today is available here.