California Created 25% Of All US Jobs In December!

California created 25 percent of the nation’s jobs in December, added over a million jobs since February

SACRAMENTO – Governor Gavin Newsom issued the following statement regarding today’s jobs report showing that California created 25 percent of the nation’s new jobs in December, along with an unemployment rate decrease to 6.5 percent:

“California continues to create an outsized share of the nation’s new jobs, with 25 percent of the entire country’s job creation happening right here – part of the record 1 million new jobs that our state created throughout last year’s economic recovery. As we go forward this year, we’ll continue taking action to get more folks back to work and support our businesses hit hardest by the pandemic.”

California has seen a year-over record 6 percent in nonfarm jobs for 2021, which is the largest calendar year increase in the official series data going back to 1990. 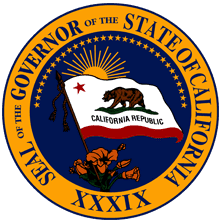 Month-over, no industry sectors lost jobs for the first time since March 2021.