Senator Mike McGuire’s legislation to stop one of the largest environmental threats California and the North Coast has seen in decades — a proposal from a secret, clandestine operation that wants to ship millions of tons of coal through Northern California — passed with overwhelming bipartisan support on the Senate floor Monday. 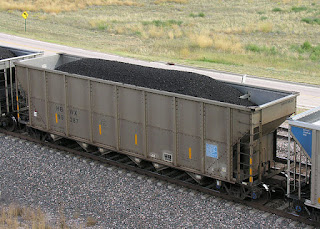 “The proposed toxic coal train is an environmental disaster in the making. The midwest coal would travel through the Sierras, across the Golden State through the heart of our thriving communities, ancient redwoods, and directly along the banks of the Eel and Russian rivers, which are the main drinking water source for nearly 1 million residents. It is crucial we stop this dangerous proposal – it transcends politics, and I’m grateful for the bipartisan support.”

SB 307 will protect California by preventing all state funding from initiating improvements on the now defunct North Coast rail line north of the City of Willits. Further, it bans state money from being spent on the buildout of any new potential bulk coal terminal facilities at the Port of Humboldt.

The bill passed in the Senate with 33-2 bipartisan vote. The bill will now be sent on to the Assembly for its committee process.