If you have been accused of a crime in California you may be arrested. Once in custody however, things get murky. One would expect a trial and sentencing. Either you broke the law and have to pay the price or you prove you didn't and they set your free. That isn't the way it is working. People are sitting in jail for years without being tried or sentenced. Some without so much as a preliminary hearing. 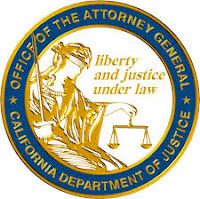 This is a dark side to our state that cannot stand if we are to believe in true law and order anymore. You can't just hold people behind bars for years over an accusation.
A few years ago I got a sneak peek of the California Judicial System from the inside and believe me, it is not a place that you would want a friend or family member to have to endure.
To be fair, those with families that have money can usually pop for the bail money and be on the streets after their first hearing.
That hearing is supposed to take place in less than a week. But that isn't happening for everyone in the system.
Although the following is almost a year old now, I'm sure a lot of people missed it or just don't care that we are housing people against their will that have not had a trial or been sentenced. The cost to tax payers to house people that have not been proven to have broken the law is astronomical.
Robert Lewis at Cal Matters put together some startling statistics about what I witnesses with my very own eyes and it should scare the hell out of you.
Here is a sample:
DeAndre Davis has been waiting 651 days in a Sacramento County jail. Charged with the murder of a 21-year-old man shot during a robbery in 2019, he hasn’t been tried and he hasn’t been sentenced — and he hasn’t even had a preliminary hearing to decide if there’s enough evidence to take him to trial.
Read the whole story for free here.
Posted by Tom Sebourn at 4:10 PM